Kristi Foster received her B.S. degree in chemical engineering from Purdue University and spent 13 years working in the petrochemical industry.  She became an avid scuba diver, which changed her life.  Kristi returned to graduate school and received her PhD in Oceanography from Nova Southeastern University.  She has experience as an outdoor educator, scuba and CPR/first aid instructor, citizen science team leader, research scientist, and adjunct professor.  Kristi moved from the remote Caribbean island of Little Cayman to join the Tillamook Estuaries Partnership as the Education Coordinator in 2016.  She became the Executive Director in 2018 and looks forward to advancing the organization.  Kristi loves traveling the world with her husband and has visited 50 countries and counting. 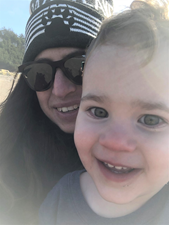 Claudine Rehn is the Deputy Director for the Tillamook Estuaries Partnership. She received a Bachelor of Science degree in Business Administration from California Polytechnic State University at San Luis Obispo. Originally, from California, Claudine has been fortunate to work for several successful non-profit organizations both managing and writing grants. She has two grown children ( three if you include her husband) -  two grandchildren, three cats and two dogs that provide her constant amusement and chagrin. In her free time, Claudine is on the beach volunteering for the Haystack Rock Awareness program as a tide pool interpreter (and in search of the ever elusive alabaster nudibranch).

York Johnson is the Water Quality Manager for the Tillamook Estuaries Partnership. He received a Bachelor of Science degree in Fisheries and Wildlife from Michigan State University. Originally from Michigan, he moved to Oregon in 1996 and worked for the Oregon Department of Environmental Quality completing Total Maximum Daily Load (TMDL) analysis for the Willamette River and other smaller watersheds throughout the State. Water quality is York's specialty and when not working on water quality issues he is out enjoying it whether surfing along the coast or kayaking the many estuaries. 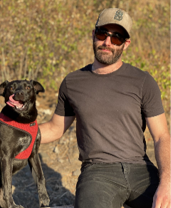 Conrad Ely is a Habitat Restoration Project Manager for Tillamook Estuaries Partnership. He received his B.A. in Environmental Studies with a specialization in Ecological Systems from Seattle University and his M.E.S. with a focus in Restoration Ecology from the Evergreen State College. He has worked for both the Sustainability in Prisons Project and the Integrated Training Area Management Program on Joint Base Lewis-McChord prior to joining TEP. He is dedicated to the ecological world in all aspects of his life. Outside of TEP his interests include outdoor recreation for all ecosystems, seasons, and climates. He loves to cook and see live music. He’s excited to explore the region with his rescue pup, Rosebud!

Jena Christiansen is a Habitat Restoration Project Manager with the Tillamook Estuaries Partnership. In 2010, she received her BS from Western Washington University in Environmental Science with a specialty in Terrestrial Ecology and Restoration Ecology, graduating with the Dean’s Distinguished Scholar award. She spent many years working for the US Forest Service as a wildland firefighter and, later, as Botany Crew lead. She then combined her love of the mountains with her passion for restoration ecology in her work at Timberline Ski Area in the role of Environmental Coordinator. As a native of the Pacific Northwest, she loves being outdoors exploring, foraging, swimming, camping, paddle boarding, and hiking with her two dogs. When she finds time to relax, she spends time making art, cooking with friends, and building community! 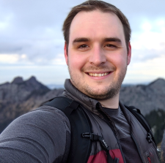 Colin Jones received his B.A. in Chemistry from Willamette University then combined his love of chemistry and the natural world and obtained his Ph.D. in Oceanography at the University of Rhode Island. His Ph.D research involved marine biogeochemistry and assessing how past climate conditions were recorded in marine microfossils. After completing his Ph.D., Colin moved back to the mountains and coast of his native Pacific Northwest with his fiancée and joined the Tillamook Estuaries Partnership as the Habitat Assessment and Monitoring Coordinator in 2021. When he’s not working, you can find Colin drinking tea, hiking, brewing beer, or reading a book on the beach.

Maysa Miller is the Native Plant Nursery Coordinator with the Tillamook Estuaries Partnership.  Her work entails managing a 100,000+ native plant nursery and distributing over 50,000 plants to restoration projects all over NW Oregon.  Originally from Southern Maryland, she moved to Portland, Oregon in 2008 and graduated from Portland State University with a B.S. in environmental science and Honor’s organismal biology in 2014.  She lived and worked as a science instructor at Opal Creek Ancient Forest Center until spring 2016.  Her love of botany landed her a seasonal internship with the Tillamook BLM as a native seed collector.  Little did she know she would find a home and purpose here with TEP.  When not stewarding our NW Oregon home, she enjoys being immersed in it.  You can find her in the undergrowth foraging for mushrooms, berries, hunting, fishing, or playing on a surf board in the waves. 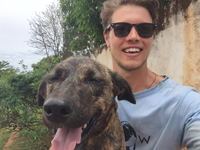 In 2016 Asa Skinner received a B.S. in Organismal Biology from Christopher Newport University, where he specialized in botany and entomology.  After working with ornamental plants in the private sector he served as a US Peace Corps Volunteer in rural Northwestern Zambia.  For over two years he taught agriculture and aquaculture in his community within the Lunda Tribe.  He has since moved to Tillamook and is still passionate about connecting marginalized people groups with beneficial plants. When not perusing the forest for native seeds he spends time gardening, brewing mead, fishing, and is an enthusiastic, albeit clumsy, surfer.

Jesse Kane is our Community Education and Engagement Coordinator.  He received his B.S. in Fisheries Science with an emphasis on Human Dimension Impacts from Oregon State University.  Jesse has worked with state, tribal and federal agencies in fisheries research, passage and habitat.  Prior to accepting his position with the TEP he worked in the ODFW’s Information & Education department.  As an enrolled Klamath Tribal member and native Oregonian raised on the banks of the Rogue River, Jesse was indoctrinated into hunting and fishing as a way of life.  When not seeking wild foods you can likely find him testing new recipes or out with his dog Gus. 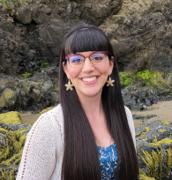 Stepping into this new Environmental Education Specialist position shared between TEP and Friends of Netarts Bay WEBS, Rachel Freeman is eager to dive into teaching students about our local ecosystems while also working to expand both organizations’ capacities to provide outdoor education programs to every student in Tillamook County.

Born and raised in Astoria, Oregon, Rachel grew up with an interest in fisheries and passion for teaching. She graduated from Oregon State University in 2019 with a BS in Fisheries and Wildlife Sciences and a Minor in Spanish. Her favorite college experiences were studying Spanish in Queretaro, Mexico and later Conservation Biology and Coral Reef Ecology in Townsville, Australia. After graduating, Rachel spent seven seasons working as a Biological Science Assistant for multiple ODFW projects on the North Oregon Coast.

When she isn’t beach combing in Oceanside, Rachel is investing in her business, Saddle Mountain Beadwork. Using just a needle and thread, she weaves hundreds of tiny glass seed beads into earrings shaped like sea stars, patterned like cutthroat trout, and inspired by the ocean. 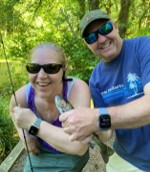 Liz  Campbell, a PNW native, recently moved to the coast with her partner to fulfill their dream of living closer to nature where they are looking forward to starting a small flock of chickens and a big garden in the spring. Before moving to Tillamook and coming onboard with Tillamook Estuaries Partnership, Liz taught middle school science and engineering, both on the Oregon coast and in Southern Maryland on the Chesapeake Bay. She returned home to Oregon in 2017 and began working with non-profit organizations in program management, Quality Assurance, and in training and compliance. Liz is most excited to be able to meld together her love of science and the natural world with her technical skills while supporting the health of our watersheds and communities.

Debra Grace is the Administrative Assistant with the Tillamook Estuaries Partnership.  Debra has spent time working with several non-profit organizations and looks forward to bringing her experience to TEP.

Debra and her husband moved to the Oregon Coast 15 years ago so they could be closer to the ocean and the land that they love.  In her off-time Debra enjoys spending time hiking and traveling with her husband and dogs as well as expressing herself through her painting, drawing, and photography.  Debra looks forward to being a valuable asset to not only TEP but also the environment they pledge to protect.

Tillamook Estuaries Partnership is a nonprofit organization dedicated to the conservation and restoration of Tillamook County's watersheds through active stewardship, scientific inquiry, community engagement, and education.